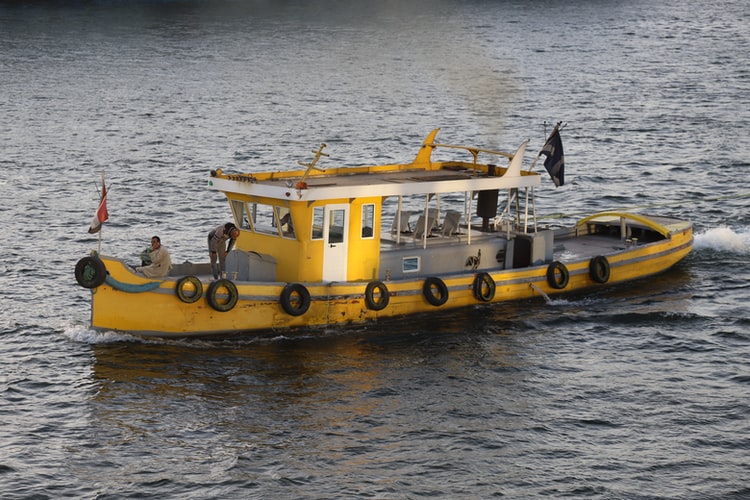 We’ve covered in brief the various wonders of Egypt in previous posts. With the discovery of the new pyramids in recent times, there are even more reasons to make that Egypt trip in 2021! But one of the more exclusive experiences in Egypt lies not in its pyramids or the necropolis, but on one of the world’s most majestic rivers: The Nile!

The world’s longest river is a thriving sanctuary for local Egyptians and is the reason why these great civilizations chose to place their mark here. Some of Egypt’s most iconic sights are built upon the banks of the Nile so as to provide easy access to the pharaohs as well as the people.

Many people don’t think of a river cruise when you first picture Egypt: It is hard to avert one’s eyes away from the pyramids, understandably. But what awaits you are days of serene cruising along the Nile with your very own luxury cabin to yourself. Crossing this great expanse of water that spans nearly 6650km in length with a cup of fresh coffee in hand is just how you start your day; there’s so much more to do and experience.

Here’s an idea of what a Nile Cruise would be like so that you can add it to your Egypt holiday in 2021.

About The Nile And Your Nile Cruise:

The longest river in the world, the Nile has been the cradle of life in Africa for millennia. There are 2 sections to the Nile: The Blue Nile that is said to be the source of the river itself, and the White Nile, which actually makes up a majority of the water. Although the Nile is usually associated with Egypt, it also flows through many other countries in Africa! However, Egypt is one of the few countries where you can truly enjoy the essence of the river on a Nile river cruise. The Nile passes through around 6 countries in total before emptying into the Mediterranean sea. It remains to this date a constant source of food, water, and transportation for many people living on its banks. And of course, a Nile cruise gives you a very different insight into Egyptian life, from the moment you step on to the boat until you dock! 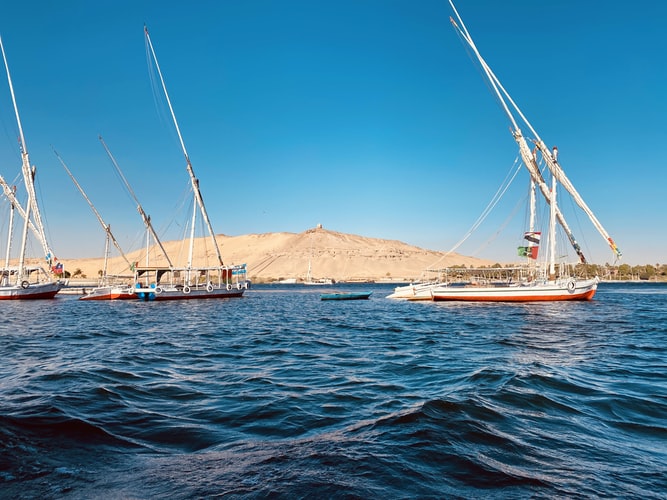 You’ll see the influence of the Nile in a lot of ancient Egypt as well. Papyrus was a reed that grew in abundance on the banks and most Egyptian fabric and paper consists of papyrus. This river also was the focal point for a lot of ancient temples that we will be reading about further ahead.

The Boats You Will Be Sailing On During Your Nile Cruise:

There are a variety of vessels to choose from for your Egypt cruise depending on your time and interest level. While some opt for a simple boat ride, others can opt for longer cruises on larger vessels. You can opt for a conventional cruise boat that has more modern amenities. Most luxury operators run these large vessels that come with such luxuries as swimming pools and recreation decks.

However, you can also avail of a dahabiya for a truly authentic Nile river cruise experience. Dahabiyas are the traditional Egyptian sailboats that were once used to ferry Egyptian royalty. Today, a select few companies own and run Dahabiyas. These slower, relaxed ships are probably one of the best ways to experience the Nile.

Another option that might not be suited for longer journeys but is definitely an extremely traditional mode of transport that you may see all along the Nile is a Felucca. These smaller sailboats are faster and allow for a more intimate setting as it seats fewer people. Feluccas are the perfect experience for couples: Cruising down the Nile with your loved one, coupled with a glass of sparkling champagne and a delightful Egyptian lunch hamper. It can’t get better than this!

The Areas You Will Be Crossing During Your Nile Cruise

Most luxury Nile cruises usually start at Aswan or Luxor, some distance away from Cairo. If you start from Luxor, the cruise takes you through Egypt’s smaller towns and villages where you get the ultimate glimpse of local Egypt life. You will eventually be taken to the towns of Edfu, El Kab and eventually reach Aswan – and vice versa. Most cruises are 3 or 4 nights long, which is more than enough to unwind on your luxury cruise along with alighting and exploring the wonders that lie hidden.

The Places Of Interest During Your Nile Cruise:

So what itinerary is best for you? Star Vacations recommends going classic: Sailing down the Nile either in a private Dahabiya or a cruise ship of your choice. Of course, do consult with us before planning your Nile cruise for the best itinerary in the best deal possible.

The Best of Egypt