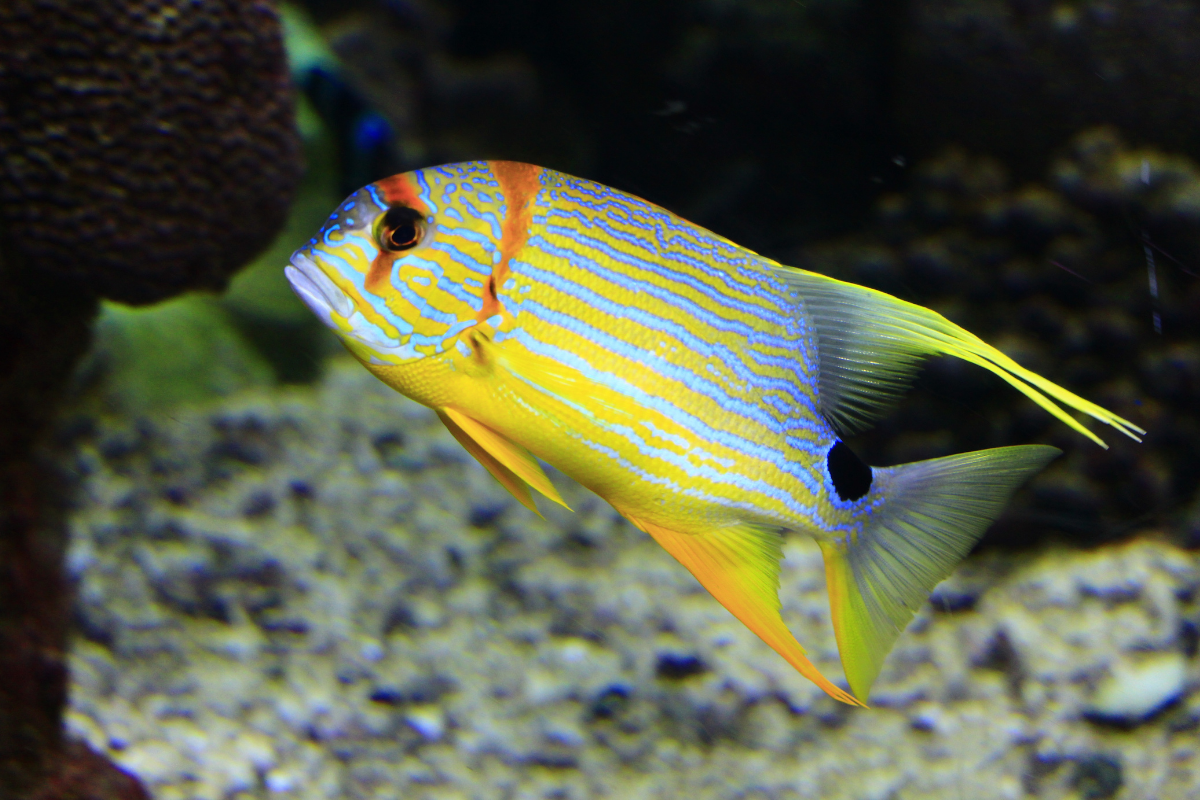 Marine life in the Maldives – Beneath the highly alluring aters of the Maldives is an underwater world absolutely filled with life. The colourful coral reefs, turtles, and the whale sharks make it a suitable site for snorkelers and divers of all abilities, thus proving that the Maldives delivers breathtaking views and adventures both above and beneath the waves. The formations made by the 200 underwater coral reefs will sometimes make you question reality. The ocean looks mostly blue from below the surface because water – even when very clear – absorbs and filters out the red side of the colour spectrum. In the shallow waters surrounding the islands of the Maldives, the colour is often an intense turquoise that seems almost unreal. As the water deepens it gives way to a deep royal blue, with clarity often increasing due to less sand and sediment.

Marine Wildlife in the Maldives – 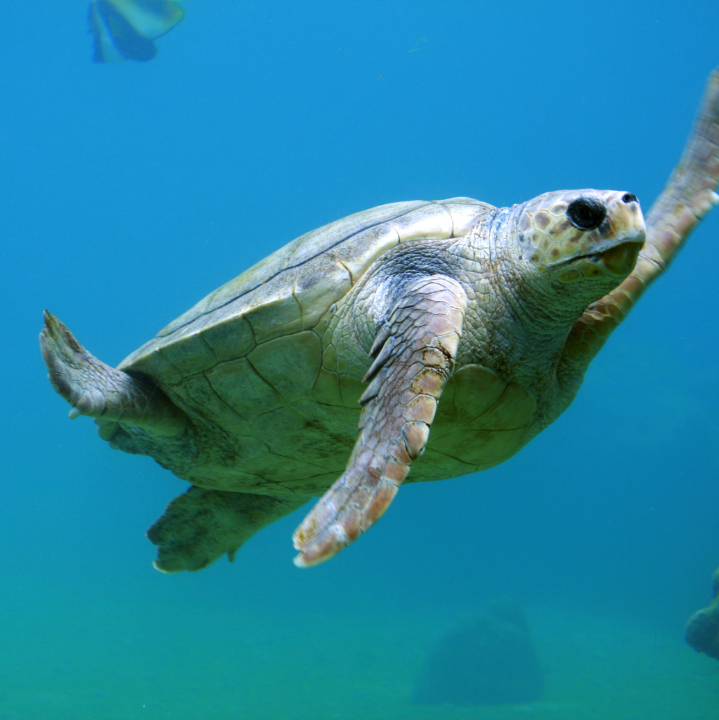 1) Sea Turtles – The Maldives has five of the world’s seven species of sea turtles, two of which are regularly seen, namely the critically endangered hawksbill turtle (Eretmochelys imbricata), and the endangered green turtle (Chelonia mydas). The Olive Ridley turtles (Lepidochelys olivacea) are sadly most often found in Maldivian waters after becoming trapped in drifting ghost fishing nets, while the two species more rarely spotted are the loggerhead (Caretta caretta) and the leatherback turtle (Dermochelys coriacea). The islands are important nesting sites for the endangered green turtle (Chelonia mydas), and there are many conservation programs in place that protect these nesting sites and the tiny hatchlings that emerge from them. A turtle can hold its breath for about 30 minutes, but this can be affected by how deep they are diving to feed. If they are below four metres, they will take large gulps of air and stay on the bottom to forage for longer so they don’t waste energy resurfacing and diving down again. 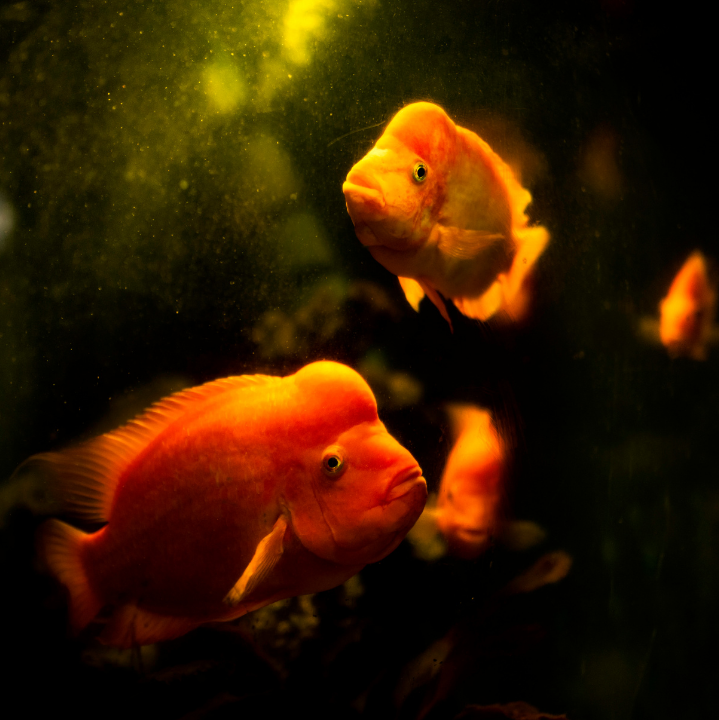 2) Fish – The waters surrounding the islands of the Maldives are home to more than 2,000 species of fish, far exceeding biodiversity seen in most other regions. Despite the abundant fish fauna, Maldives has very few endemic species, however, the vast diversity of aquatic life from tiny reef fish to huge pelagic hunters attracts divers and snorkelers from around the world. Prevalent fish species include guitarfish, a variety of rays, including eagle and fantail rays, whip rays, and massive manta rays, moray eels, triggerfish, porcupine fish, giant trevally, yellowfin tuna, grouper, barracuda, snapper, batfish, and butterfly fish, among many others. The national animal of the Maldives is the yellowfin tuna. 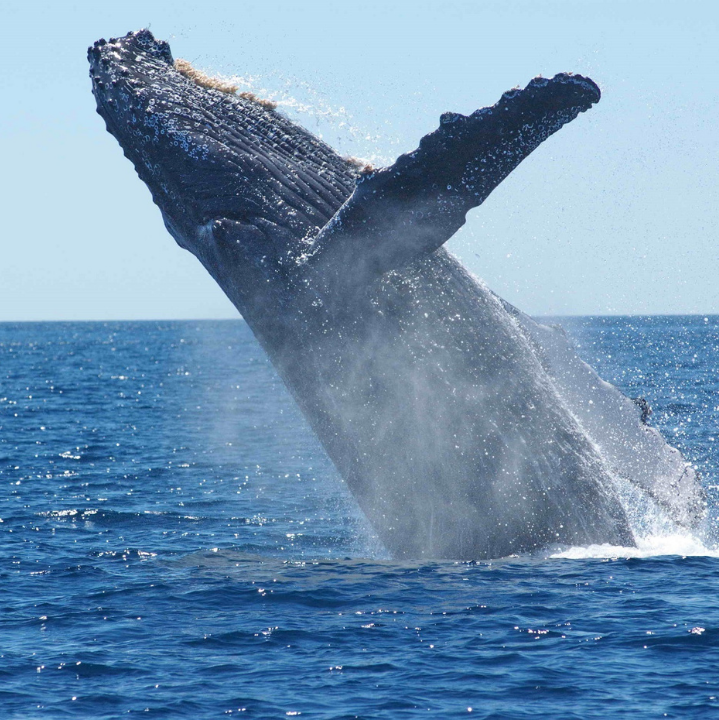 3) Cetaceans – The Maldives has 23 recorded species of cetaceans (whales, dolphins, and porpoises), which are protected under Maldivian law. The most frequently observed cetacean around the islands is the Spinner Dolphin, which follows a distinctive daily pattern by traveling into the atolls in the morning to rest during the day and then back out around sunset to hunt at night. Other species of dolphins found in the Maldives include striped dolphins, pantropical spotted dolphins, rough-toothed dolphins, bottlenose dolphins, Risso’s dolphins, and Freser’s dolphins. Whale species include Bryde’s whales, blue whales, dwarf sperm whales, sperm whales, Blainville’s beaked whales, Cuvier’s beaked whales, pygmy killer whales, short-finned pilot whales, and false killer whales. 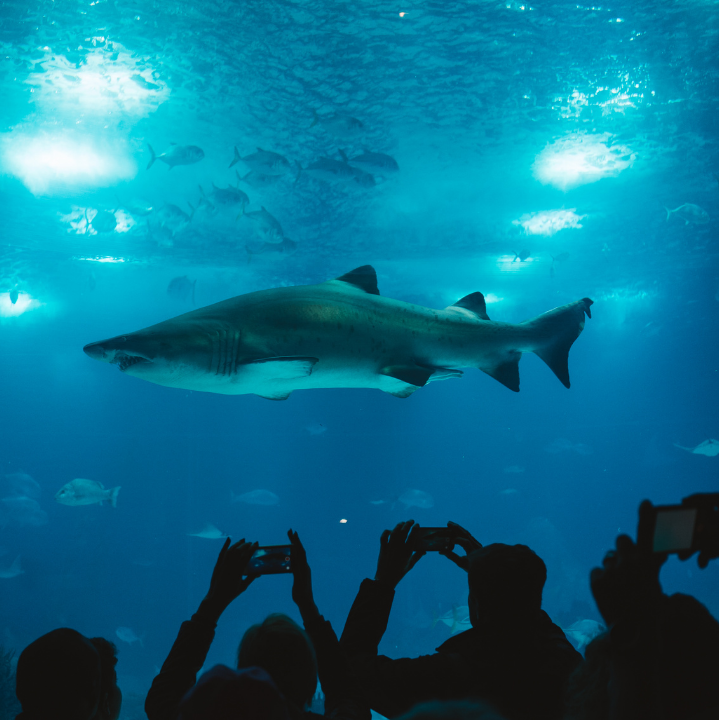 4) Sharks – There are 14 species of sharks in the Maldives, with the mammoth whale shark (Rhincodon typus) being a protected marine species since 1993. Shark species include white tip reef sharks, black tip reef sharks, grey reef sharks, silver tip sharks, oceanic white tip sharks, silky sharks, blue sharks, tiger sharks, scalloped hammerhead sharks, great hammerhead sharks, shortfin mako sharks, whale sharks, variegated sharks, and tawny nurse sharks. The whale shark is the largest fish in the sea, reaching lengths of over 40 feet, and filter-feeding on plankton, and tiny fish. These gentle giants cruise languidly around along close to the water’s surface with their colossal gaping mouths open to catch these small plants and animals, and are one of the top attractions in the Maldives, attracting snorkelers and divers from around the world to see and experience swimming with them in the water.

5) Arthropods and Mollusks – Marine-based arthropods in the Maldives include four species of lobsters, many different species of crabs that live in the sea, on muddy reef shelves (fiddler crabs), on the shoreline in holes burrowed in the sand (ghost crabs) and under the leaves of shore bushes (hermit crabs). Other arthropods in the islands include shrimp, and prawns, which are a culinary
delicacy in many of the resorts. Octopuses, squid, and clams are common on Maldivian reefs, with the beautiful giant clam (Tridacna gigas) frequently found on the reef shelf. 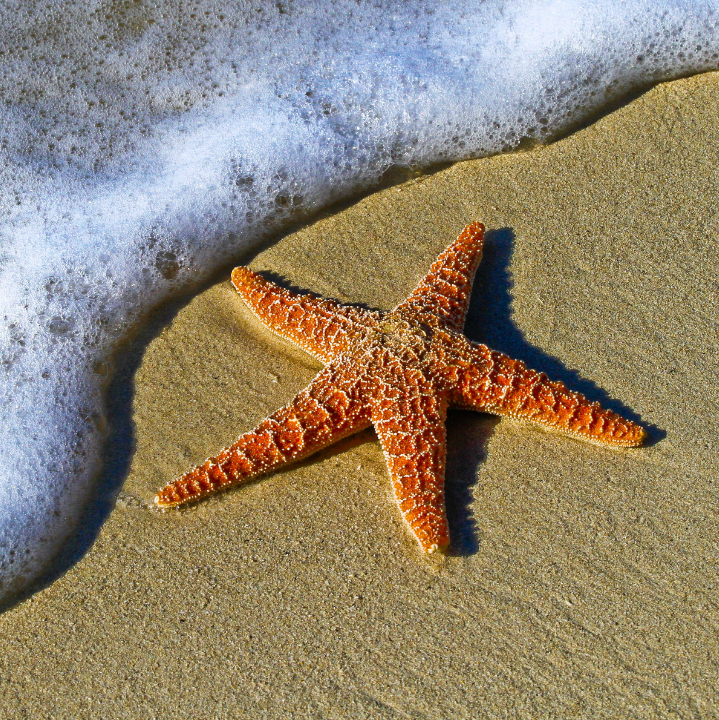 6) Echinoderms and Coelenterates – The Maldives reefs teem with echinoderms such as star fish or sea stars (Asteroideae), sea urchins, brittle stars (Ophiuroidea), and sea cucumbers (Holothuroidea), which are currently in decline due to massive overfishing and illegal poaching. There are also several species of coelenterates – anemones and jellyfish – in the Maldives’ waters.
Some specific marine sea animals from the Maldives that you will encounter during a snorkeling trip are The Whale Shark, The Surgeonfish, The Butterflyfish, Bullseye, The Parrotfish, Anemonefish, and the very famous Aetobatus Narinari.

Star Vacations is currently in the seaside mood, and we’ve got special offers for luxury Maldives vacations just for you. Plan the perfect Maldives vacation and add a Maldives diving course, Maldives Snorkeling, Maldives Submarine Tours  Marine life in the Maldives , to your itinerary to spice up your trip!

Cuisine of the Maldives – Maldives vacation 2020

Become A Master Of The Waters: Go for Maldives Diving Courses on Your Maldives Vacation

Taking a Deep Dive: Do A Submarine tour on your Maldives Vacation