Egypt is by far one of the safest and most affordable travel destinations in the world where every traveller can easily explore some of the oldest and most enchanting historical and cultural attractions ever built in the history of mankind.

The Great Pyramids of Giza, the Great Sphinx, the Egyptian Museum, the GEM (The Grand Egyptian Museum), Sakkara, and Dahshur are just a few of Egypt’s many well-known ancient monuments and relics from the time of the mighty pharaohs.
The stunning Pyramids of Giza are Egypt’s most visited landmark. Besides “Great Pyramid,” “Khufu Pyramid,” and “Pyramid of Cheops,” there are other names for the structure at Giza. The reminder of the ancient world’s “Seven Wonders” One of the most reasonably priced vacation spots is around Egypt. One of the most secure holiday spots in the world, sunny beaches all during the year, the architectural splendour and artistic brilliance of Ancient Egypt’s surviving temples, monuments, tombs, and artefacts are a treat for the eyes.
Egyptians are known for their warm hospitality and willingness to go the extra mile. The Egyptians are proud of their nation and eager to show foreigners around. The government is only now beginning to understand the importance of the tourist industry to the economy. 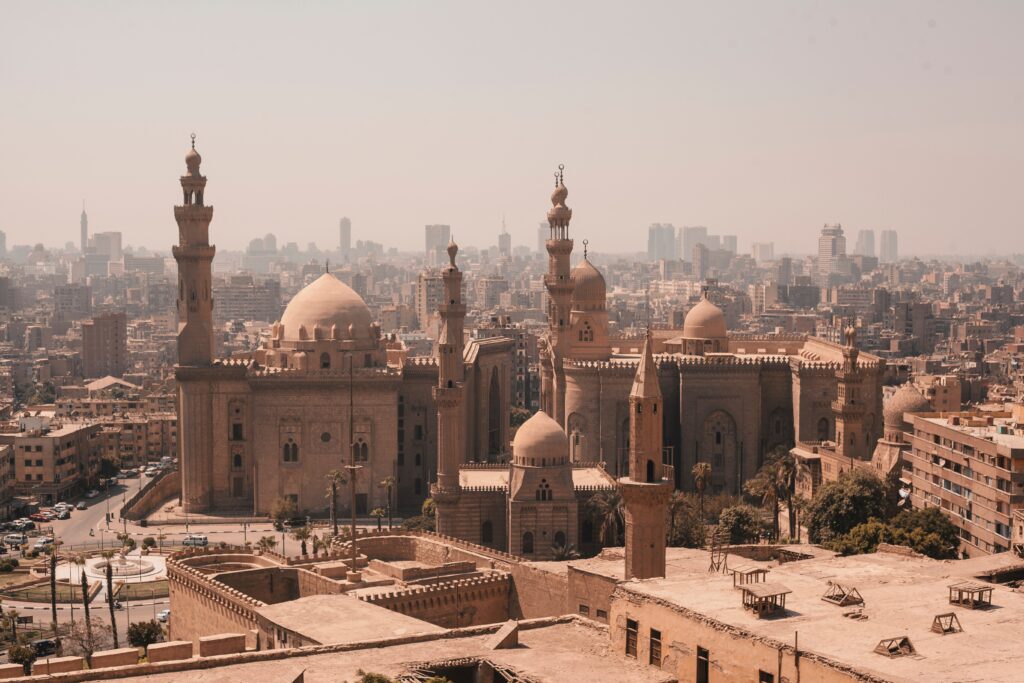 TOURIST RULES IN EGYPT
Shoulders should always be covered, whether by men and women. T-shirts with regular necklines are acceptable, but please leave your spaghetti strap, tank top, and strapless tops at home. One place where you will see many individuals sporting them is at beach resorts, so feel free to get in on the trend if you so like.

ALCOHOLIC BEVERAGES
Many Egyptians don’t drink at all because the country has a large Muslim population. In more affluent areas, though, you can locate liquor stores and bars, and a lot of hotels and resorts offer alcoholic beverages.
Between October through April, when temperatures are lower but the sun is still shining, is the ideal time to visit Egypt. Daytime temperatures in the spring and fall will reach 77 to 86 degrees Fahrenheit (25 to 30 degrees Celsius), while the evenings will be significantly cooler. As a result of its favourable location, Egypt has a Mediterranean climate with abundant sunshine and very little precipitation.

FOOD
Ful, meaning “fool,” is the most popular traditional breakfast. Fava beans cooked in oil and salt make for a hearty and nourishing breakfast, especially when paired with a hard-boiled egg. To remove the bean hulls, the soaked beans are cooked in a “idra” for hours over low heat.
Reasons to visit Egypt are nearly infinite, as every drop of water and every stone across its immortal cities carries a majestic story filled with heavenly allure, excitement, and grandeur. You can find many tour guides, and travel consultants who have more than a decade of experience across the Egyptian lands and waters. Egypt “The land of Pharaohs” where the great ancient Egyptians wrote the history upon the sands of its lands and everywhere in such a exotic place, you can find showy attractions and landmarks. From this point, we have to discover the real beauty of its heavenly destinations, here are the reasons that make you eager to visit Egypt: 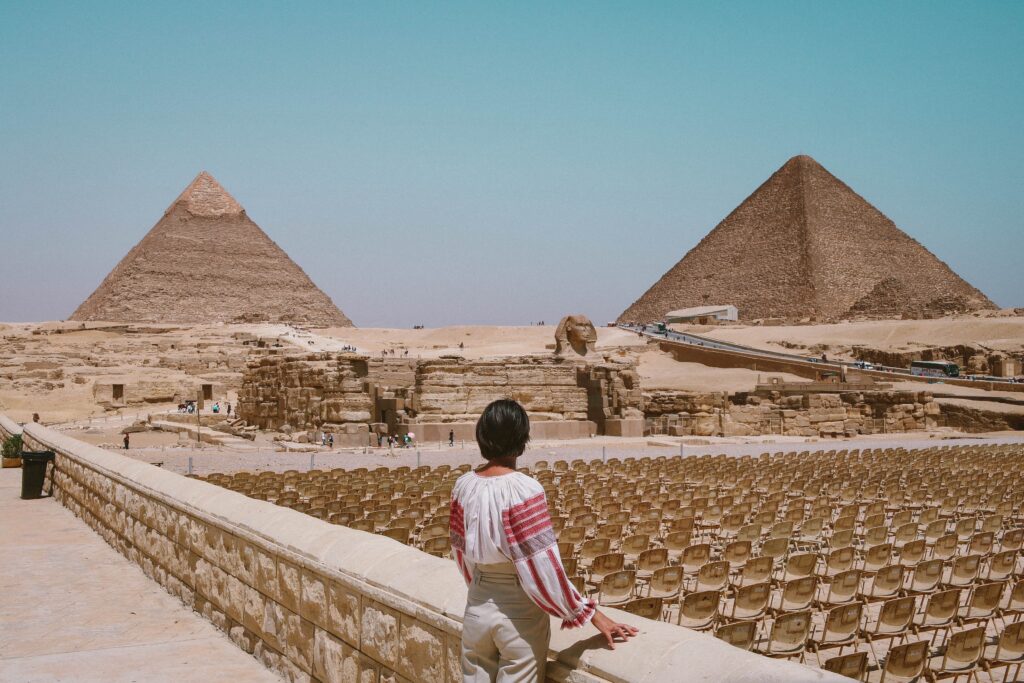 Egypt’s history, which can be traced back more than 5,000 years, thanks to the Nile River and its incredible lush plains, is one of the key draws for tourists. The Giza Pyramids Complex has been a tourist mecca in Egypt for centuries, and the Great Pyramid of Khufu, one of the Seven Wonders of the Ancient World, deserves special recognition for its status as a pioneering architectural feat. This magnificent structure was commissioned as a mausoleum for King Khufu and Queen Nefertiti of the fourth dynasty of ancient Egypt. This pyramid is one of a kind, a unique landmark built by exceptionally talented individuals thanks to the utilisation of magnificent limestone in the construction process over the course of 20 years.

The weather is one of the nicest aspects of an Egyptian vacation. Egypt is known for its hot desert temperature, yet most visitors are pleasantly surprised to find that the weather is mild. Daytime temperatures during the summer (May through September) tend to be quite high. From October till April, the weather is mild. Temperatures along the shore range from a high of 37 degrees to a low of 14 degrees. You may get the finest chance to experience a desert safari and see the true grandeur of the regions around you between the months of September and November. The months of February through April, as well as the months of October and November, are ideal times to visit Egypt. One of the best reasons to travel to Egypt is to learn about its rich history and ancient civilization, which is reflected in the country’s many tourist attractions. Travellers from all over the globe flock there to experience the sights and landmarks that have made it famous. 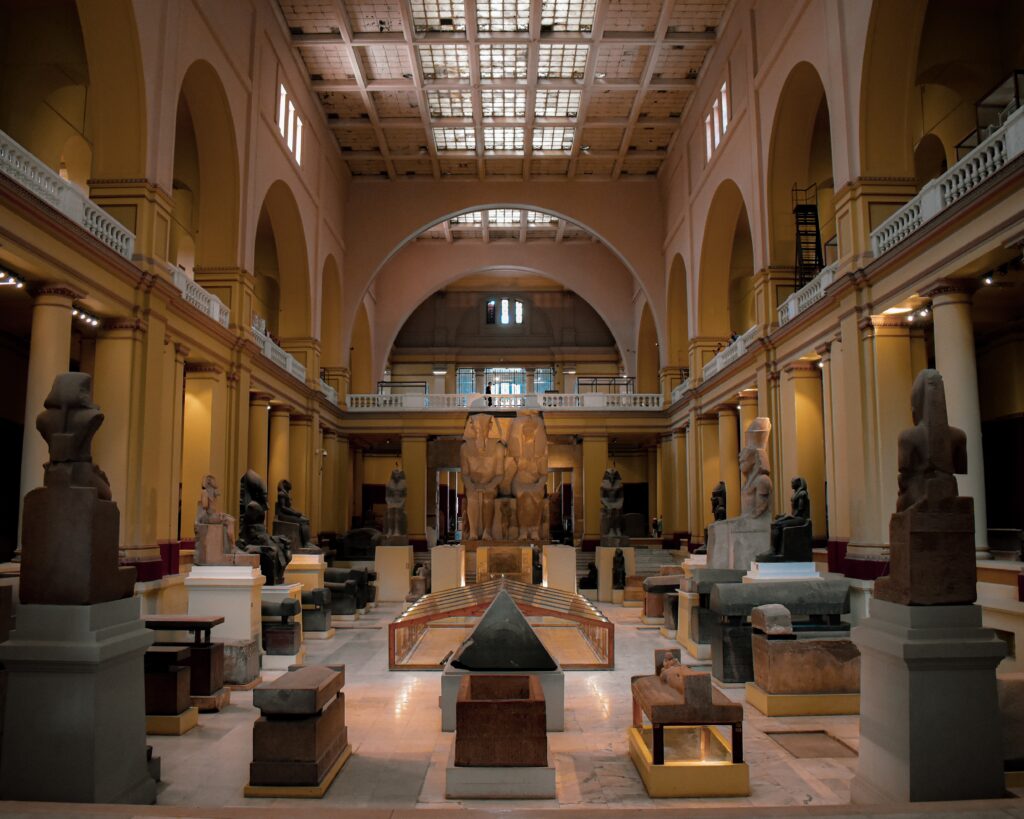 Cairo, the Egyptian capital, is a wonderful place to visit for its blend of Coptic and Islamic architecture. There are a number of outstanding mosques in Cairo, including the Al-Azhar Mosque, the Muhammad Ali Mosque, the Al-Hakim Mosque, the Ibn-Tulane Mosque, the Amr Ibn El-As Mosque, and many others. Some of the most famous churches in Egypt are the Hanging Church, the Church of Saint Simon (also known as the Cave Church), Saint Mary’s Church in Maadi, Saint Mark Coptic Orthodox Church, and the Church of the Virgin Mary. The Egyptian Museum is another great resource for learning about ancient Egyptian culture and history.

The Great Pyramids of Giza 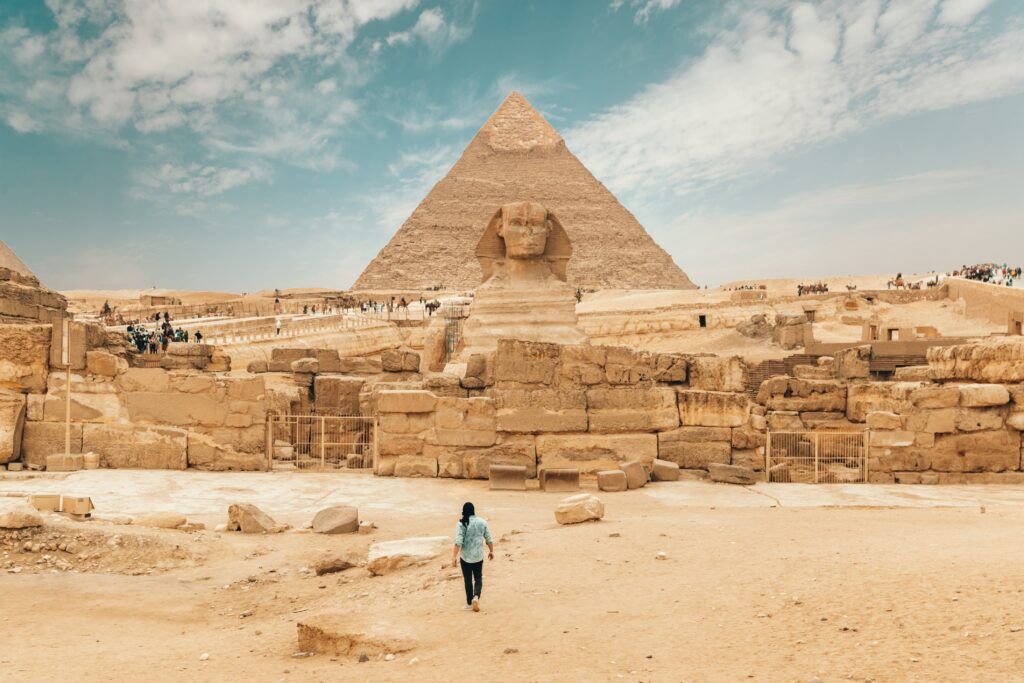 Though it is only a small portion of Egypt, it is home to many of the country’s most famous structures, including the Great Pyramid of Giza, the mysterious Sphinx, and the Valley Temple. These attractions are all connected by a mystery chain of events that dates back to ancient Egyptian times.

Alexandria, known as “The Bride of the Mediterranean Sea,” is a stunning city with many wonderful sights, including the Citadel of Qaitbay, the fantastical Library of Alexandria, fantastic beaches, great shops, and cosy cafes. 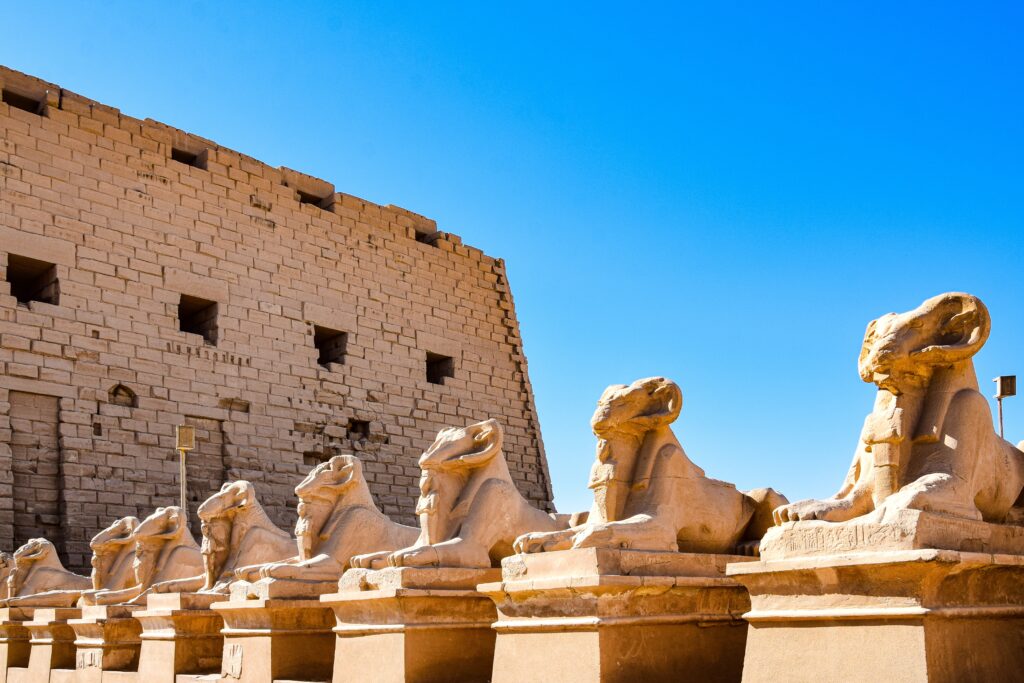 Due to their unique blend of ancient history and modern-day life, both Luxor and Aswan are magnets for hordes of visitors. It would take days and nights to describe all of the amazing sights in Egypt, but by starting in Luxor with the incredible Valley of the Kings, Luxor and Karnak Temples, the Colossi of Memnon, and the Temple of Hatshepsut you will have seen the best. The impressive High Dam, the Abu Simbel Temples, the Unfinished Obelisk, and the Philae Temple may all be found at Aswan, a fascinating Nubian metropolis. Additional resorts along the coast, and visitors adore staying at these places so they can have the perfect holiday with their loved ones while also getting the great treatment they deserve.

Hurghada is a popular tourist destination due to its pleasant weather, stunning deserts, and attractive beaches. Marsa Alam & El-Gouna are also wonderful coastal resorts where you may practise numerous sports like riding quad bikes, diving into submarines to discover life underwater. In addition to swimming with the fish, you may also snorkel or dive among the coral reefs with the help of a certified diver.
The Egyptians are really kind people that are always there to support others. The culture and cuisine of this group are distinct. While Egypt, like any other nation, has a wide range of socioeconomic strata, its citizens share a deep affection for one another, a willingness to lend a hand to those in genuine need, a passion for sharing and teaching their cultural traditions, and an insatiable curiosity about the practices of other nations.
There are many things to do in Egypt, but the most significant is taking a cruise on the Nile River so you can see the beautiful sights and learn about the ancient Egyptian civilization. You can see the best of what the Pharaohs had to offer between Luxor and Aswan on a Nile cruise, including the Valley of the Kings, the Edfu and Philae temples, the Temples of Karnak and Hatshepsut, and many others.

Top Foods to Try in Europe

Discovery Of The New Pyramid